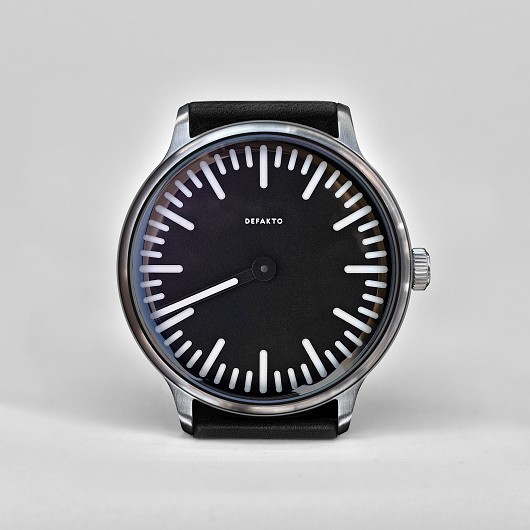 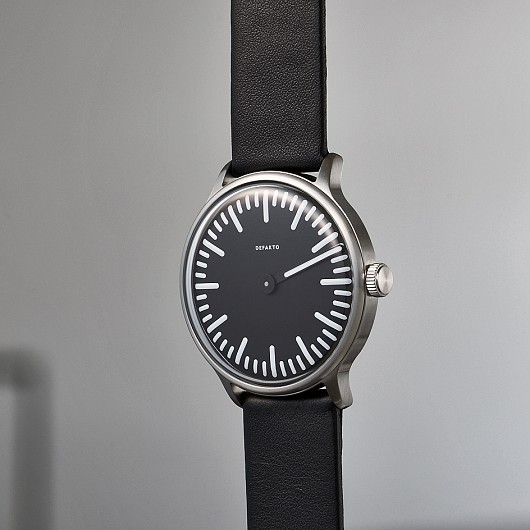 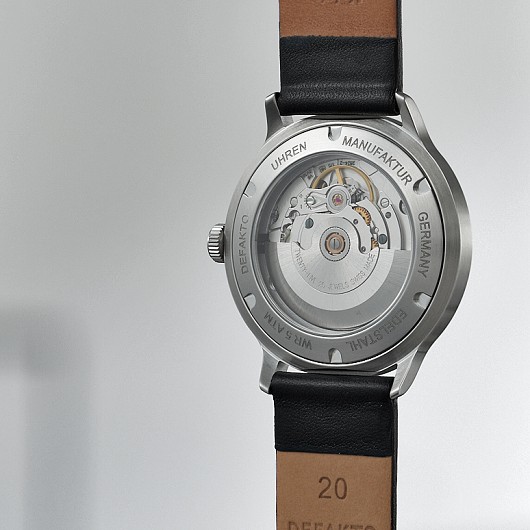 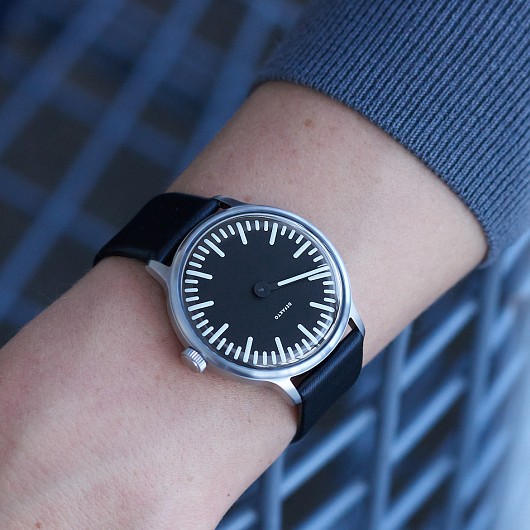 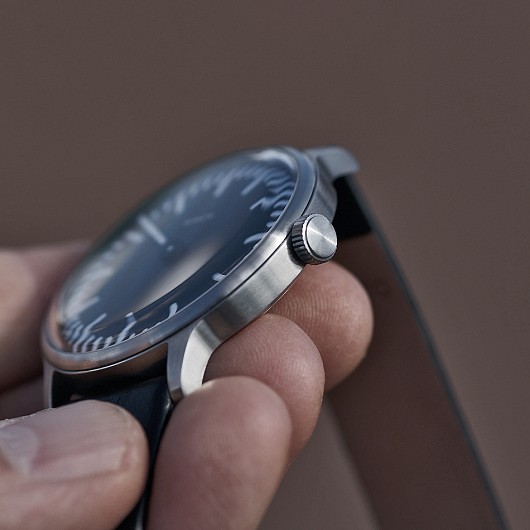 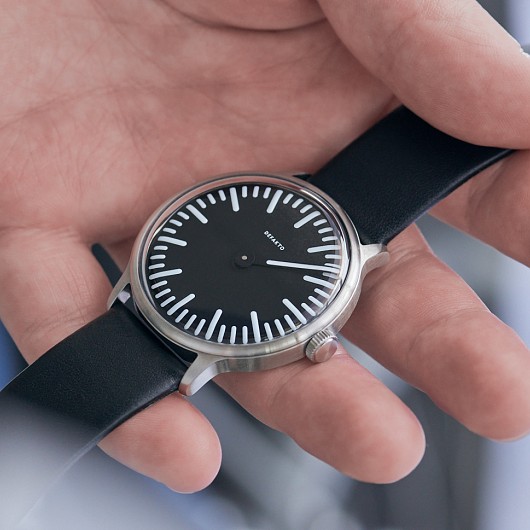 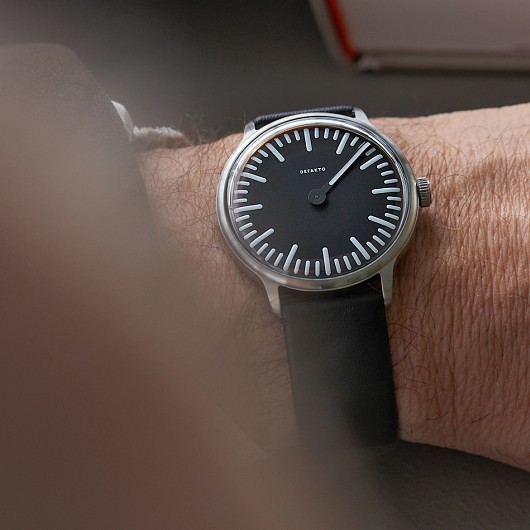 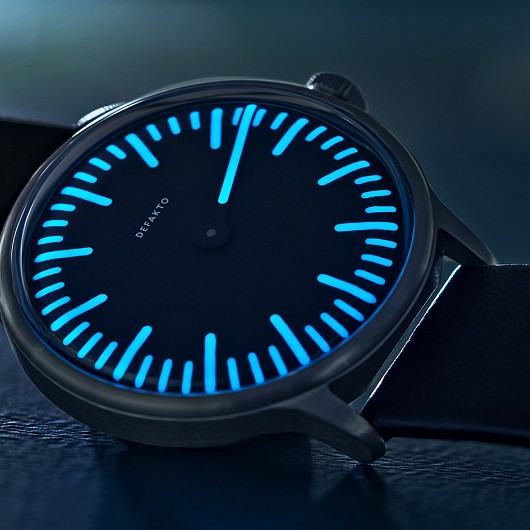 Defakto´s first watch was a one-hander - the successful Defakto Eins. With the new Defakto Meta I am coming back to this concept to celebrate Defakto´s 10 year anniversary. The new, in-house made single-hand watch Defakto Meta is a super minimal, night glowing approx-watch that helps to find your pace and de-accelerate the day. The Defakto Meta follows the design idea of the Defakto Transit which has just won the German Design Award 2020. As customers of the original Eins already highly appreciated, the intuitive, approximate time perception lives on and is the core idea of the new Meta series. Due to its wide, rounded single-hand, the watch´s concept focuses on a even more intuitive time resolution than the original Eins. As the indexes represent only the hour and quarter-hour periods, on the minimalistic single-hand watch Defakto Meta, time is read rather in approximate intervals than specific seconds. The large single hand is used to read both the hour and approximate minute at the same time. The lack of precise time display will fine-tune your intuition and will give you a more positive, intuitive approach to time.